Yesterday the first alleged photo of the new Golf GTI leaked up on the internet. The leak photo showed a large rear spoiler, so it was probably not just a “GTI”, but an even faster version.

Looking at this fresh leak, it could well be the new GTI TCR. The image appears to be a photo of an internal Volkswagen presentation. The slide shows five engine types of the new VW Golf and – with the exception of a possible Club sport. 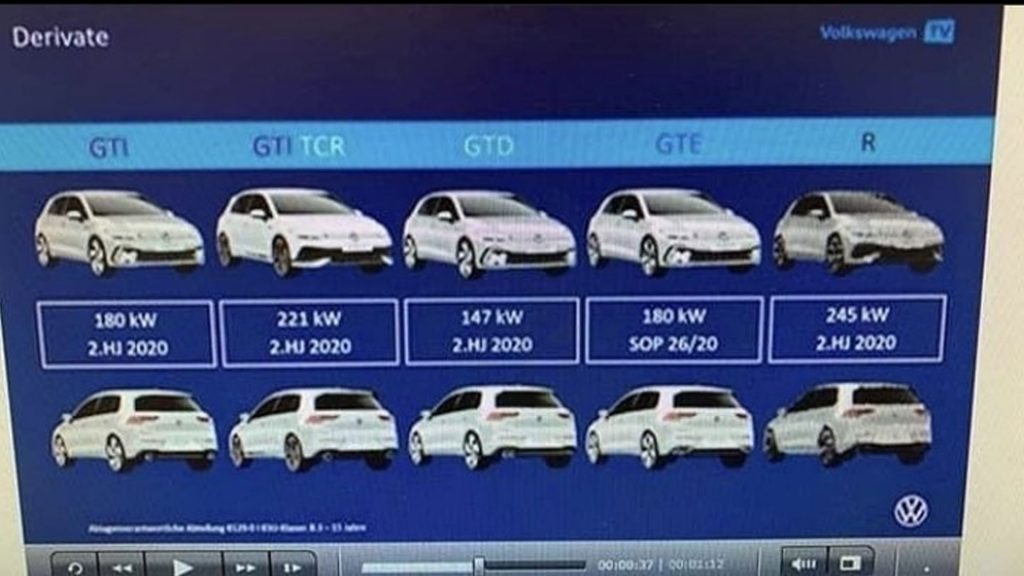 The Volkswagen Golf 8 R is also in the list and gets 333 hp and four-wheel drive. For all these versions they will be using a 2.0-liter turbocharger cylinder.

Then there is the more powerful version of the Golf GTE, the sporty plug-in hybrid. Just like the GTI, the Golf gets 245 hp. Do not forget that this car will weigh more and will therefore go less quickly.

The power comes from a 1.4-liter four-cylinder (not the new 1.5-liter). The GTD is also coming back and gets 200 hp according to the slide. The torque is unfortunately unknown, which is important for the performance of a diesel engine.

The Golf GTI is likely to be revealed in two months, the GTD will be revealed not long after. We shall see!

’62 Volvo Amazon With a Corvette Heart

You can buy a Bugatti Veyron with rear seats for a bargain!