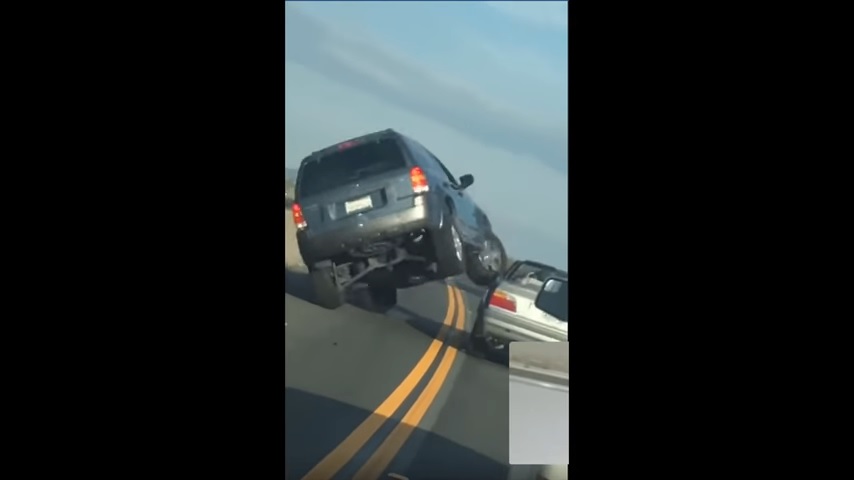 SUV Overturns After Apparent Road-Rage Incident in San Diego County. An apparent road-rage incident that ended with a rollover crash on a San Diego County highway Thursday is being investigated by the California Highway Patrol.a male driver gets out of his car, walks to the SUV behind him and starts animatedly gesturing at him in an apparent effort to get the person to roll down the driver’s-side window.

After the other man rolls down the window, one of the male drivers spits at the other, the female witness says in the video. The driver goes back to his car, which is soon hit by SUV from behind, according to the witness.