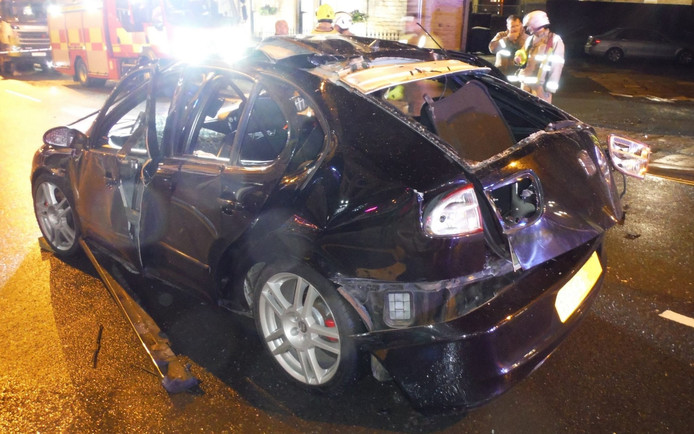 A Seat Leon owner has miraculously survived a bizarre accident. Because he lit a cigarette in his car just after spraying the air freshener, he turned the vehicle into an improvised car bomb. When he subsequently lit a cigarette, a huge bang immediately followed, blowing the windows out of his own car, as well as windows from nearby buildings.

By lighting the cigarette, the spray of the air freshener in the car was ignited, resulting in an explosion. A witness at a nearby bar in the Canadian city of Halifax, where the accident took place, spoke of a “huge bang.” Probably an understatement given the huge damage.

All the windows were blown out of the car by the bang. The doors, the roof and the tailgate were completely deformed. Despite the power of the explosion, the driver was only slightly injured and was able to get out of the car himself. According to the authorities, the situation could have ended much worse.

She might be the BEST driver we’ve ever seen! (2000HP Nissan GTR)