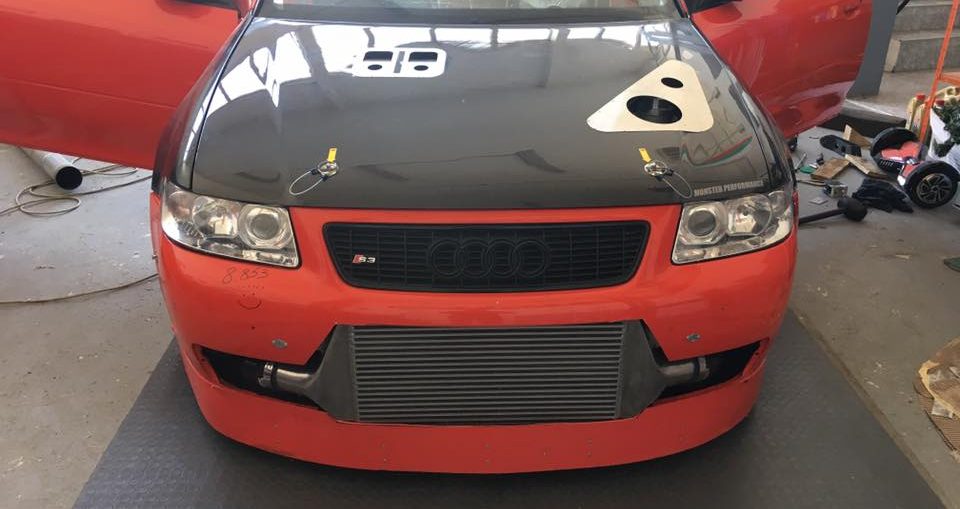 This was a charity Dragster event for Jorko, a young boy suffering from cancer. Many attended, racers and fans to gather money to treat his condition. Monster Performance broke its own record by doing a 8.853″ run @ 273.82Km/h. The driver was Evgeni Krastev, owner of the car and Monster Performance garage.

The engine is a 24V VR6 2.9L engine and pushed out 1100HP and 1000+NM of torque!The car still has all glass winodws, electrical system and more. Still a street car with a 4 speed transmission! For example the transmission of the MK1 Golf of Boba Motoring comes from Monster Performance where this Audi is built!