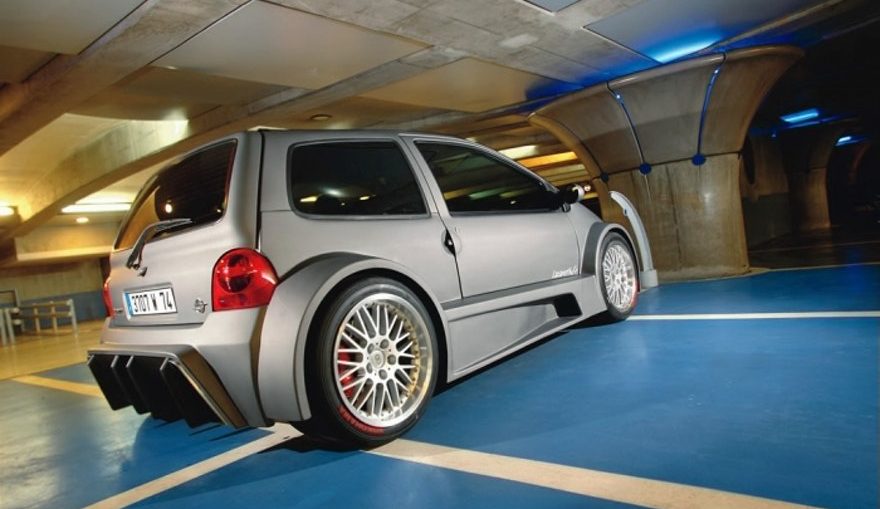 The Renault Twingo, a little hatchback which has been the shopping car of that old lady in the street. The big brother of the Twingo was the Clio and was delivered as a Mid-engine RWD V6 Hatchback, but these were little bit rare. These guys just wanted to do something different with their little Renault Twingo. The idea was to make it a Mid engine Rear wheel drive car just like his brother, the Renault Clio V6!

The engine came out of a Range Rover, which was the 3.5L V8 and produced a little 180HP. It wouldn’t be our first choice but it’s still impressive. The engine has been coupled to an Automatic 5 speed gearbox. The chassis was reinforced with steel tubes and the tires went from a 155 to a 315 wide tires on the rear axle!
There are not many videos of this one but the pictures below are impressive!