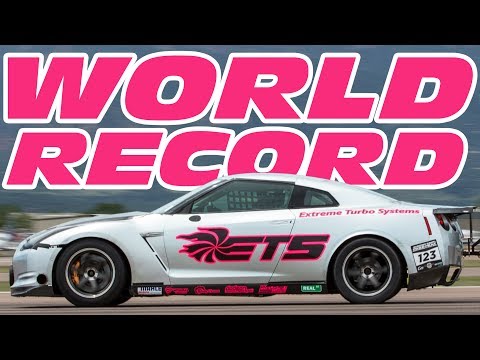 255 mph in the half mile by English Racing in the ETS GT-R at the Pikes Peak Airstrip Attack is now officially a world record! To put this into perspective, the fastest GT-R in the world previously went 255.2 mph in a MILE…he just went faster in a HALF MILE! We’ve all seen this Nissan GT-R busting out some seriously quick E/T’s at the drag strip and making some seriously fast passes in the half mile in the past…but now, these guys just stepped up their game! The altitude in Colorado doesn’t complement these massive turbos that are trying to stuff as much air as possible into the VR38 twin turbo engine very well, but thinner air is easier for the Nissan GT-R to cut through.

Pushing as much boost as they can as fast as they can was the goal for the ETS GT-R, and it was enough to net these guys the world record in the standing half mile! Congratulations to ETS and English Racing for successfully breaking this record (twice)!

10 of the Most Reliable 6 cylinders which run Forever