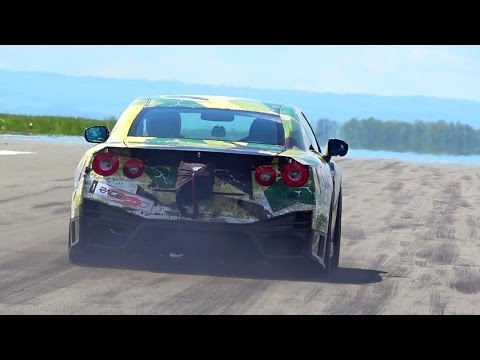 Today we have a special Nissan GTR Alpha 18 Tuning by Materialmord tuning with more than 1700hp+ on the wheel. It is the fastest Nissan GTR in Germany. GTR-R reach on half mile acceleration 342km/h – 213 mph in 16,31 s on record run.

They filmed this ultimate GT-R Bi Turbo at RACE 1000 standing half mile event. Video shows first drive with the Alpha 18 and some loud launch control starts of the GT-R including full throttle accelerations 0-300 +

Watch the video of this awesome GT-R R35 below and leave a comment below. Don’t forget to share this one with your friends.