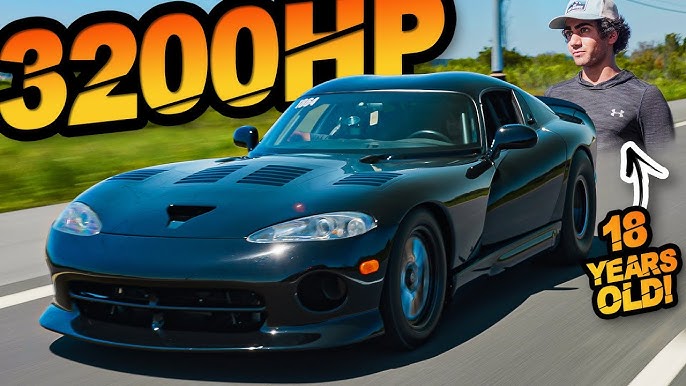 On this episode we visit Milan and Sal Patel to catch up on their 3200WHP Dodge Viper. We first met Milan “The 6 Second Kid” back in 2012, he was a 14yo TRC fan watching his dad blast down the half mile at over 200mph. Fast forward 4 years later, Sal passed down the torch and Milan has proven himself to be a heck of a driver!

In 2020 he ran his first 7 second 1/4 mile pass and in 2021 he broke into the 6 second barrier! It’s so awesome to see such a young guy have so much respect and handle himself so well in such a powerful machine. Hats off to the patel team, can’t wait to see them progress even more with the platform. Watch the video and follow us also on Facebook, Pinterest or Instagram!