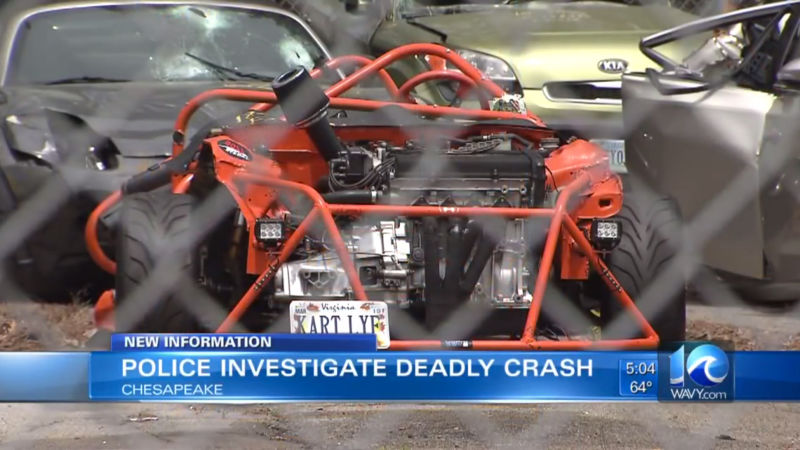 The 24-year-old driver and builder of this 1994 Honda Civic-based kart conversion, build the car himself and called it the “deathkart,” but unfortunately it did cost him his life later.

During the crash he was ejected from it after it was struck by a Pontiac. His home-built cage work was badly mangled in the process.

The Virginian Pilot reported that Driver Anthony Dillard was killed last week in the vehicle after the crash, which was reportedly his beloved project vehicle.

What would have probably been a survivable crash in a regular Civic ultimately killed Dillard after he was ejected from his kart. The Virginian Pilot writes:

Dillard was heading north on Eden Way toward Volvo Parkway when he crashed, said Officer Leo Kosinski, a Chesapeake police spokesman. A Pontiac was traveling the opposite direction, and Dillard lost control and started making a left hand turn, sliding into the other lane and oncoming traffic.

The Pontiac couldn’t stop in time and hit Dillard on the passenger rear tire side and spun it out. Dillard was ejected, Kosinski said.

Dillard was only about a mile from his home when he crashed. He was 24, and he leaves behind a wife and two kids. Watch the video below.

MKIV Supra vs. The World’s Most Rowdy LS7 Passat (With 8 to 1 Headers!)