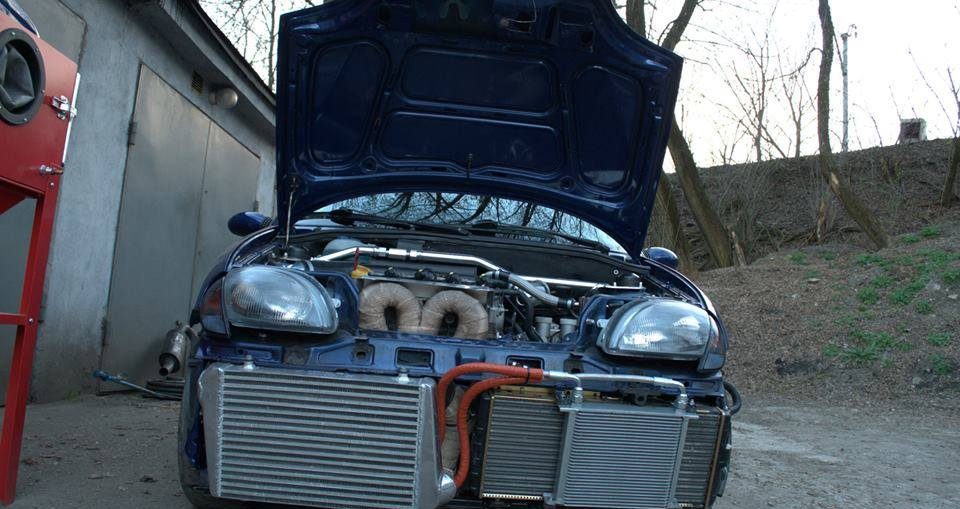 One crazy owner from Poland has swapped the factory engine out for something that produces almost 12 times the factory power output!
He decided to install a 1.4 L T-Jet inline-four from a Fiat Abarth 500 and made it producing 490 horsepower and 354 lb-ft (480 Nm) of torque running on E85 fuel and a Garrett GT2871R on 31.9 psi (2.2 bar) of boost.

Can you pour BOILING water over your FROZEN windshield?!

All Motor M3 On E85 Is Pushing Boosted Like Time Slips