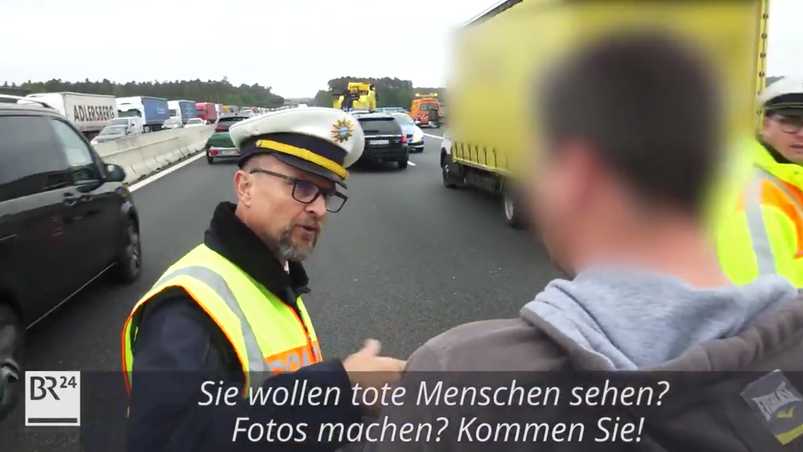 The German police doesn’t react gently against disaster tourists. Officers pull traffic jam photographers out of their cars and confront them with the victims of the accident.

In Germany, the traffic jams, caused by disaster tourists is a major problem. So large that it often hinders the arrival of emergency services. That is why the police acts extra hard against the motorists who slow down to take a photo of the accident.

Earlier the disaster tourists were still sprayed with water and fined. The police also placed privacy screens, but this wasn’t enough. That is why the German servant now has another way to confront them: they physically confront offenders with the consequences of an accident and fine them.

The video below was shot at an accident on the A6 near the German town of Roth. In the video we see how a cop confronting several disaster tourists and points them to the fatal consequences of the accident. They are then also treated with a fine of € 128,50!

She might be the BEST driver we’ve ever seen! (2000HP Nissan GTR)

INSANE Supra Rips Up The Street at Supra Meet!

9 Cool Rebadged Cars You May Not Know About