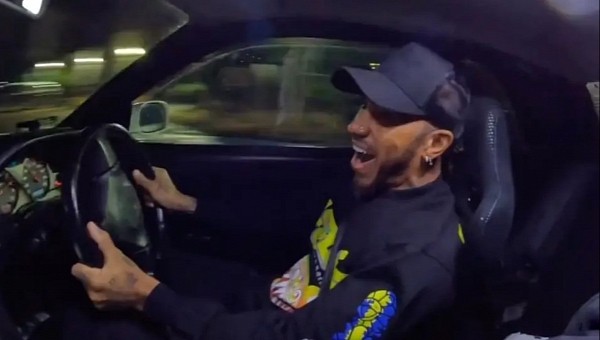 To blow off some steam after his first ever F1 season without a race win, Hamilton hired a Nissan Skyline R34 GT-R to do some crusing around in Japan. Hamilton was not careful with the rental car, because after quite a few donuts the tire smoke even entered the cabin via the gear lever. The lessor of the GT-R turns out not to be so charmed by the driving behavior of Hamiltom.

Lessor Omoshiro Rent-a-Car says on Instagram and Twitter that Hamilton did not have permission to rattle the GT-R like this and the company disapproves of the behavior: “We prohibit this type of driving. This is a terrible act done without our consent.”

“I love driving on the track, but I make exceptions,” Hamilton captioned the video on Instagram. It is not clear whether there will be any consequences for Hamilton, just as it is not yet clear whether anything is broken on the car at all. There is no response from Hamilton yet.

The landlord’s response
The Nissan Skyline R34 GT-R in question has a 2.6-liter engine (the RB26 for those in the know). It produces a power of 280 hp and a torque of 397 Nm. On Omoshiro’s website we see that you have to pay 190 euros for six hours in the GT-R. For a whole day you will lose about 330 euros. But if they have to fix things after each session, prices go up quickly.